Standing out as the lightweight among wrappers, the G2020 is the perfect machine for small and medium size operations. When picking up and depositing a bale, the wrapping table and loading arm are lowered all the way to the ground. The bale is, thereby, held firmly in place at all times, making the machine ideally suited for work in steep terrain. 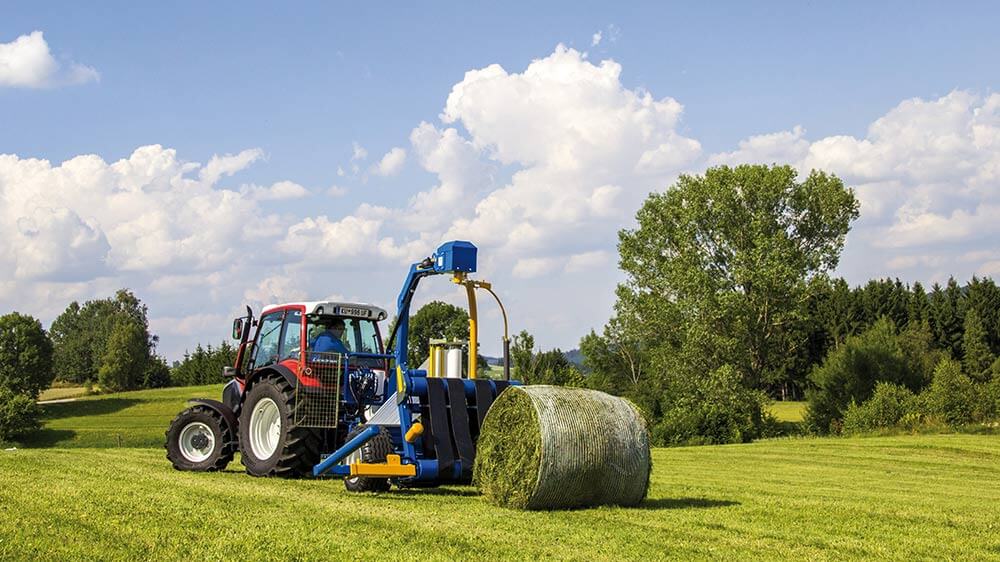 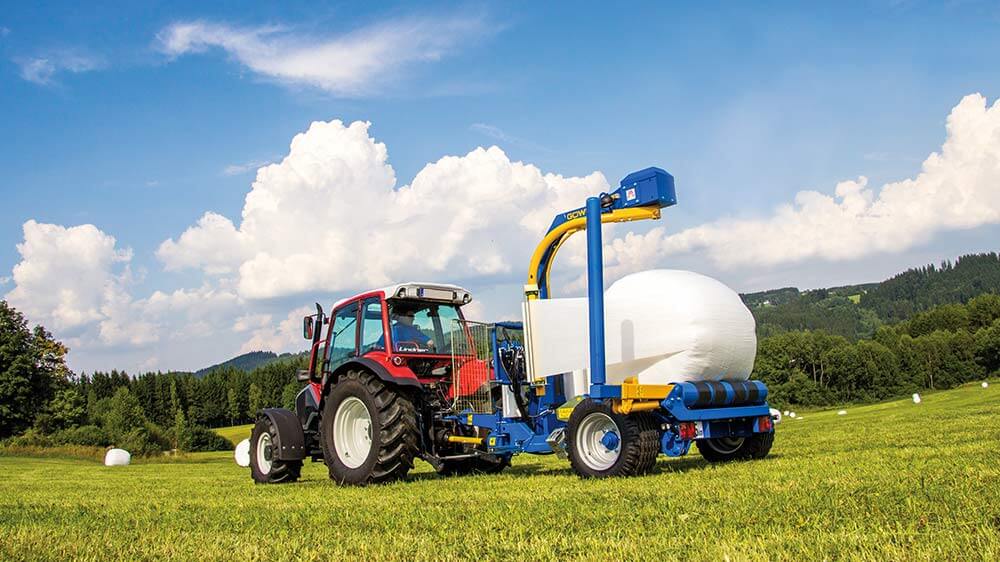 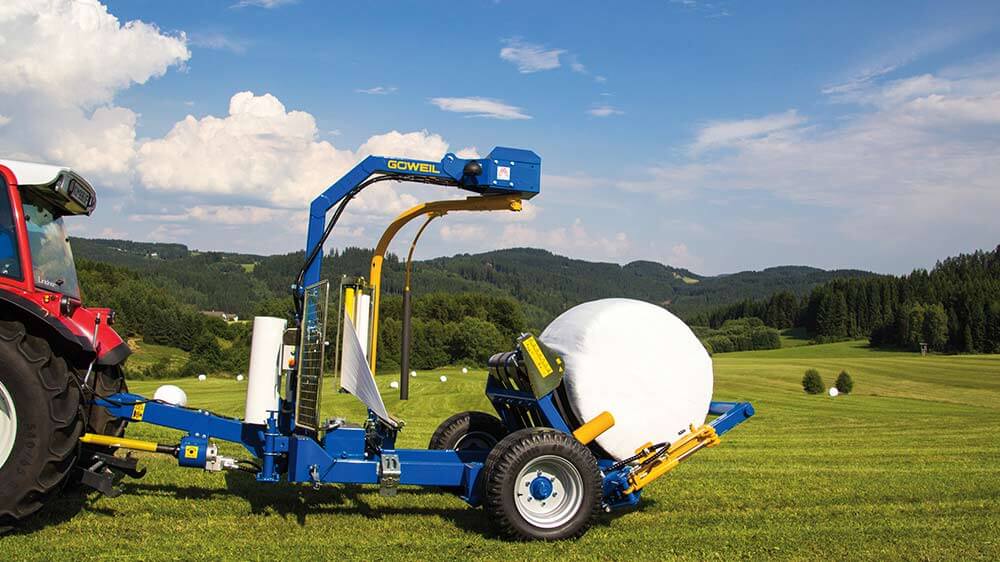 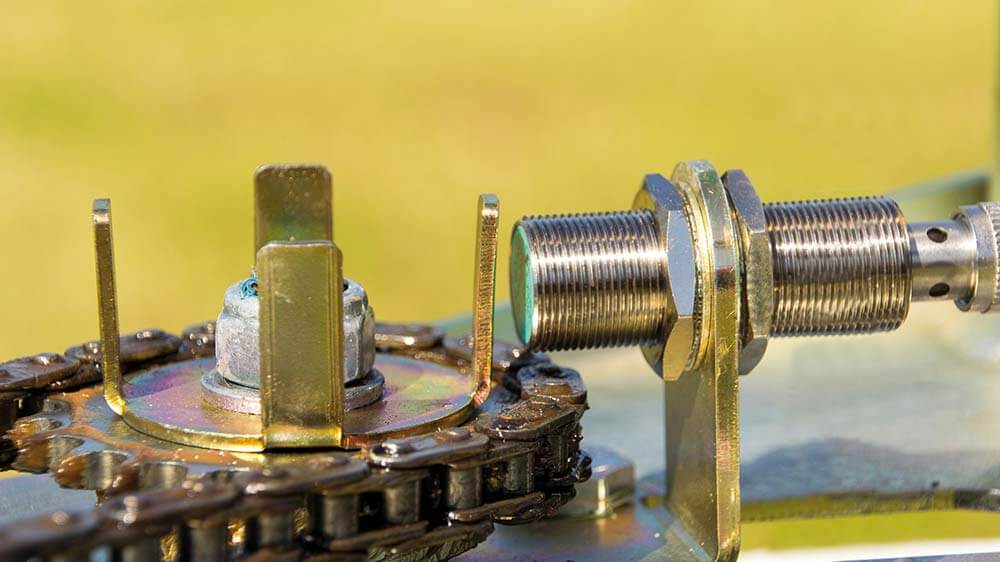 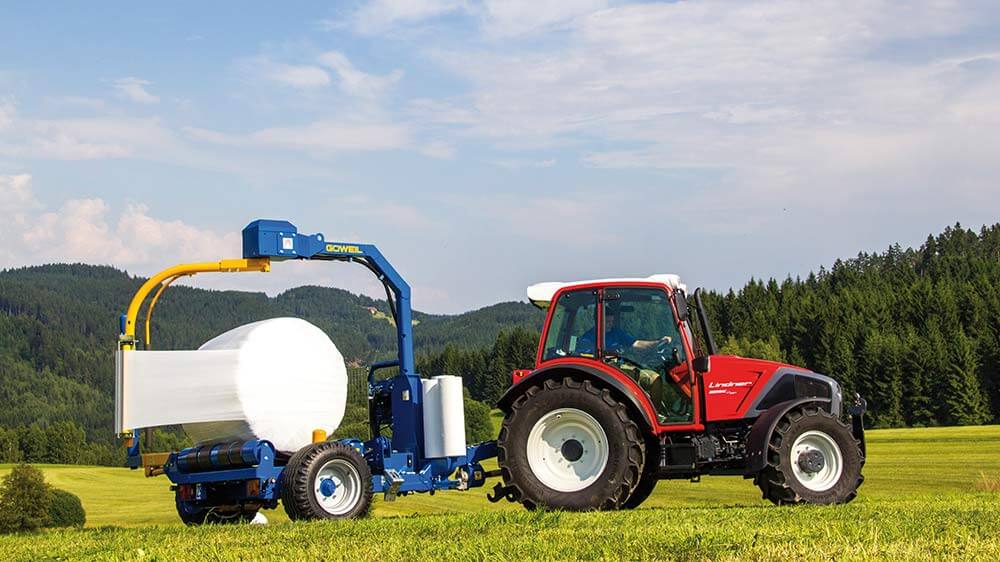 Agile & suitable for work on slopes

Boasting an exceptionally low tare weight, the G2020 sports a compact and wide design that makes it particularly agile and capable for working on slopes. What is more, its low center of gravity makes picking up and wrapping bales effortless even in difficult terrain.
The standard 380/55-17AW tires ensure uniform weight distribution and are gentle on the soil.

The hydraulic loading arm softly grabs the bale and places it gently on the wrapping table, which is tilted backwards while the bale is being picked up. The loading arm can be adjusted to five different positions. It can thus be adapted perfectly to the diameter of the bale. Thanks to the pivoting, ball-mounted reception tube, the bale is never pinched or damaged. It also guarantees that the bale is picked up reliably even in difficult terrain. 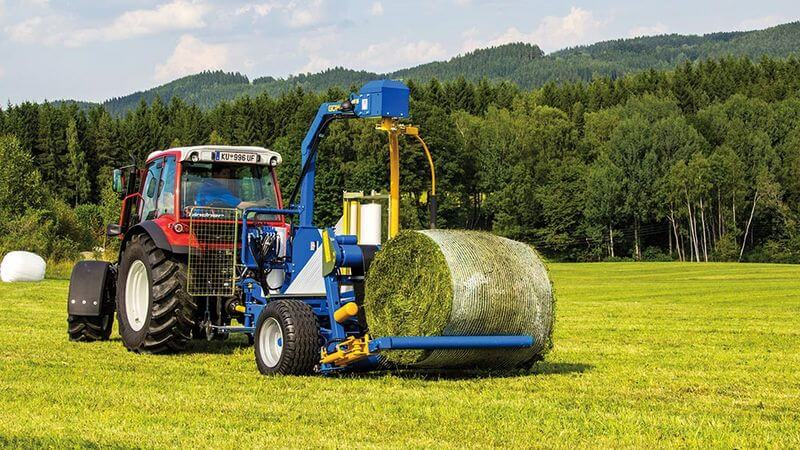 The wrapping arm is equipped with a film stretching unit that can accommodate 750 mm rolls of film. The patented plastic rollers provide for uniform stretching. What is more, the rollers are not sensitive to temperature. This helps save film and guarantees firmly wrapped bales.
The wrapping arm is available in two sizes – an added bonus is that the stretching unit is height-adjustable. This ensures that the bales will always be wrapped perfectly around their own center. The quick-release system makes it possible to change empty rolls quickly and effortlessly.

When picking up and depositing a bale, the wrapping table is lowered all the way to the ground. The loading arm fixes the bale in place during these processes. This ensures that the bale is deposited in a particularly gentle and safe manner. This gives you a decisive advantage when you need to work on slopes. 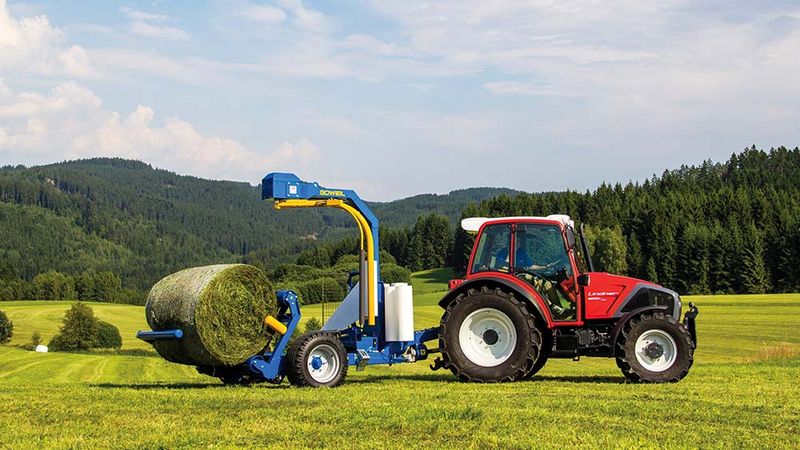 A genuine highlight is the user-friendly and easy-to-use program control STANDARD. The “bale pick-up” function is controlled manually using the electronic joystick. The cycles “wrapping process” and “film-holding and cutting” are executed automatically. You use the joystick again to deposit the bale. All functions and settings are adjusted using the control unit on the wrapper.

When working long  days, you need to make sure that you have enough film. The film storage on the G2020 wrapper allows you to carry along up to four rolls of film. The holders are mounted in such a way that you can load and unload the film rolls with ease at a comfortable working height. 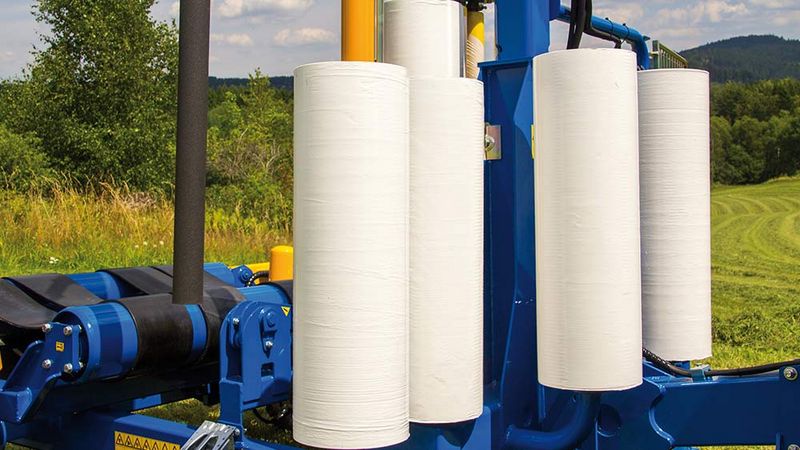 The control unit and the levers come in particularly handy during maintenance and service operations. They make it possible to control all functions and processes directly at the machine. The driver can thus easily leave the program control in the tractor cab when they, for example, need to change the film. 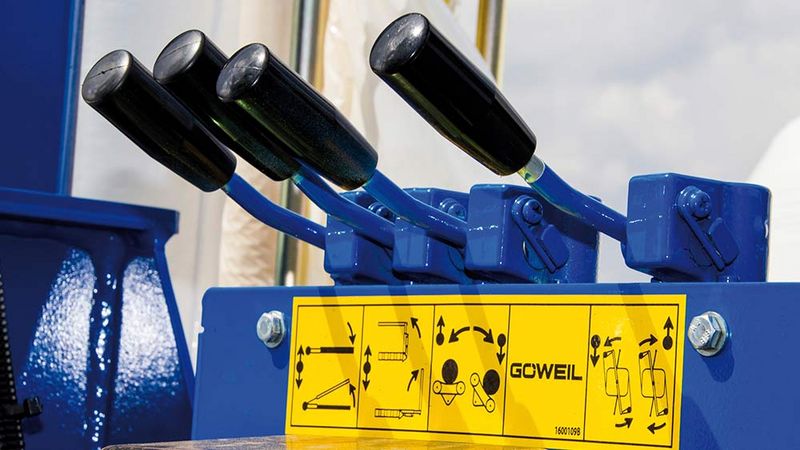 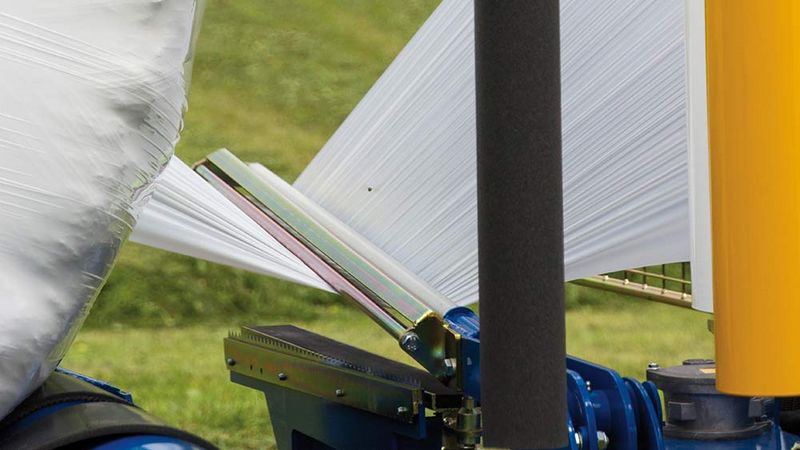 Storage for 4 rolls of film